When she was applying to PA school, Emily Maru didn’t always get the warmest reception.

Given the PA profession’s military roots, it’s reasonable to assume that schools would be enthusiastic about military applicants.

Maru thought her experience as a flight medic in the Air Force Reserves would carry some significance among admissions directors, but that wasn’t always the case. “A couple schools didn’t really care at all,” she remembered. “There was even some negativity.” 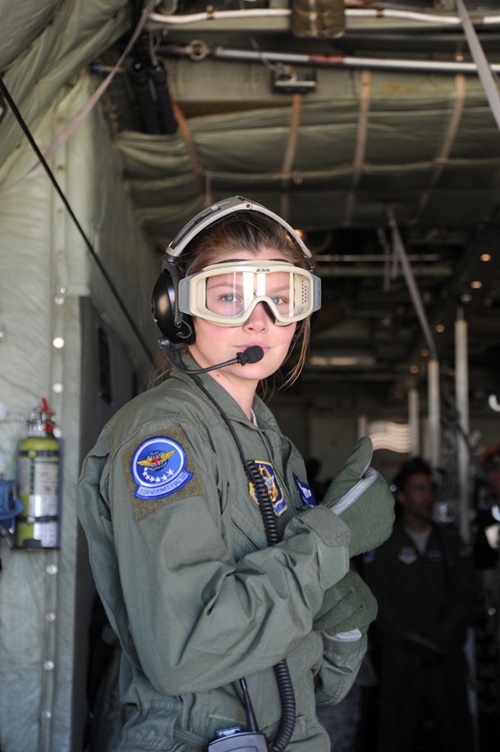 But her experience applying to the Wake Forest PA program was very different. “They were much more friendly to military applicants,” continued Maru (’20), who is now a second-year student at Wake Forest. “They saw the benefit of my military medical experience.”

Maru said that she was one of several veterans or active duty service people applying to Wake Forest. This solidified in her mind that Wake Forest was the right choice for her. “It made it feel like home,” she said.

No Death by Power Point

That a military veteran like Maru was welcomed so warmly at Wake Forest is no coincidence. The PA program works hard to attract active-duty military and veterans, according to Ian Smith (’11), MMS, PA-C, director of admissions and a military veteran who served with the U.S. Marine Corps and U.S. Army.

Smith said the Wake Forest PA program, one of the first in the country, works hard to stay grounded in the profession’s history. As a result, the program is more welcoming and attractive to military students.

“I’m happy to say that we’re able to recruit students with diverse backgrounds, including military,” he said. “We want to make it an inviting, supportive environment.”

One of the ways the program attracts military students is by helping them pay for school. “The GI Bill® doesn’t always cover all of the tuition, fees and expenses,” he continued. “As a Yellow Ribbon program, we commit matching funds to supplement students’ GI Bill® benefits.”

While the financial assistance is helpful, what really attracts service men and women to the program is what happens once they’re enrolled.

“It’s a school that’s really big on leadership,” said Raveen Mooney (’21), a first-year student who is a first lieutenant in the Army. Upon entering the program, students are encouraged to take an active role in leadership at the local, state and national level, and that was appealing to Mooney. “Leadership is what I’ve devoted my entire career to, from a medical standpoint as well as being a service member.”

Mooney, along with Maru, added that the program’s inquiry-based learning approach was also attractive. “I’m self-motivated, and I like to be engaged and active,” said Mooney, stating that sitting in a lecture hall hour after hour was not how she wanted to spend her didactic year.

“Death by PowerPoint was not going to work for me,” she laughed.

As much as military students get out of the Wake Forest PA program, they equally contribute to the overall learning environment. “They bring a lot of real-world experience,” said Brian Robinson, MS, MPAS, PA-C, an assistant professor on the Boone campus.

Robinson is a veteran himself, retired from the Army in 2013.

Maru said she appreciates the opportunities to add the military perspective. “There are opportunities to speak up and give an example of how we experience things differently,” she said. “Trauma, for example, is very different in a war zone than trauma here at home.”

That experience and knowledge helps to prepare all of the students, including non-military students, for whatever they might see when they get into practice. It’s an important part of the diversity of background that’s so evident in the Wake Forest PA program.

Family Away from Home

The students, faculty and staff at the Wake Forest PA program work hard to create a “military friendly” environment. That is seen in how the program encourages and helps students during the application process, and how their contributions are valued in the curriculum.

But according to Robinson, sometimes the most important thing the program does for veterans and active duty soldiers is simply to give them someone to talk to.

Whether it’s dealing with family issues, going on deployments or being far from home, military students often have specific circumstances and demands on their time, in addition to school. Just understanding those circumstances goes a long way.

“We try to be friendly and accepting to the individuals and families, and adapt to their needs,” said Robinson.

Maru, whose husband lives more than 2,000 miles away in Arizona, said she appreciates the support. “It was really hard in that first year to live separately and be in class or studying for 16, 17, 18 hours a day,” she remembered. “The staff was there to talk me through the tough times. They felt like a family away from home.”

According to Smith, the military heritage of the PA profession is an important part of the culture at the Wake Forest PA program. “It’s service to country, and I think that still means something to a lot of people,” he said. “The PA profession is very much about service.”

He added that the military spirit is seen in what makes the program special, both for military and non-military students. “Everyone is trying to get to the finish line together, instead of stepping over each other,” he said.

That team approach might be why so many military students choose Wake Forest. Or, perhaps more accurately, as Mooney described it, “I think Wake Forest chose me.”