It was the kind of news no patient wants to hear and no doctor wants to deliver.

“It was bad news,” recalled Dr. K. Patrick Ober, the Wake Forest PA Program’s medical director, thinking of one of the countless patient interactions he’s had in his career. “Some test results suggested that the patient’s life expectancy was going to be extremely limited.”

It was a somber moment that would have tested the resolve of the most experienced clinician, compounded by virtues of the patient and her family. “It was just the nicest person and the nicest family,” Ober continued. 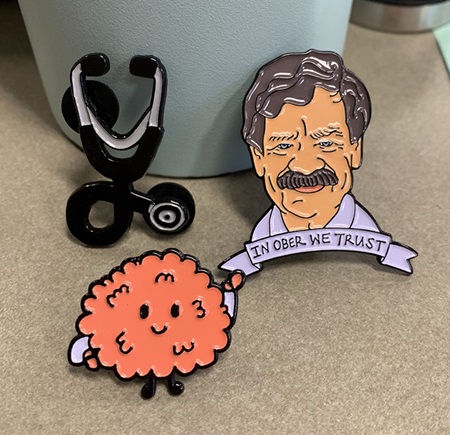 A medical student stood beside Ober as he delivered the news. As Ober spoke, he noticed a tear run down her cheek. The moment was too sorrowful for her to maintain the professional detachment she thought she needed to display.

Later, she offered him an apology. “’I’m sorry I started to cry,’” Ober remembered her saying. He told her not to apologize, because that tear meant that she cared. “I told her if she feels sad on behalf of her patients, she was going to be a good clinician.”

Being a good clinician, Ober says, means treating the person as well as the ailment. It means being a human being.

“We are complicated creatures, and the practice of medicine is complex,” he said. “You have to know the science and physiology, but you also have to figure out the best way to apply it to the human being in front of you.”

Humanity, Ober says, is critical to the practice of medicine. And it’s too often forgotten.

He laments what he calls the “dehumanization” of medicine. “We sometimes lose track of what we’re here for, which is to take care of other human beings and to contribute to their lives,” he said.

Ober believes that dehumanization can be seen in how medicine is taught and how it’s practiced. With the increase in knowledge of diseases and treatments, there is a greater emphasis on the science. Students are compelled to acquire knowledge and expertise above all else. 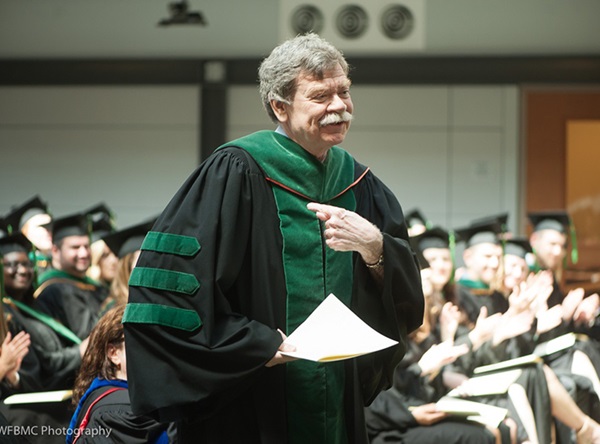 In addition, Ober says the business side of medicine has escalated, and providers are measured in terms of productivity and revenue. As a result, time spent with patients is limited, and physician burnout has become more common.

The need for humanity in medicine has never been more important.

To remind his students – and himself – about the human side of medicine, Ober turns to a notable quote from a favorite author, Mark Twain.

In a letter to a friend, Twain tells the story of an interaction with a medical professional, of whom he was famously critical. Twain was stricken by a painful case of gout and saw a doctor for treatment. In treating his condition, the doctor told Twain that the gout was of no real consequence.

“Neither is hell, to the person who doesn’t live there,” Twain wrote of his response.

In that quote, Ober sees a lesson to medical students as well as practicing clinicians. Doctors, PAs and nurses may see patients every day and see the same afflictions dozens, even hundreds of times.

“But for that patient in front of us, it’s their very first time,” he said, “and it’s scary as can be.”

Among students, colleagues and even patients, Ober is known as a storyteller.

Carolyn Keyes, one of Ober’s students who graduated from the Wake Forest PA program in 2019, said it’s an important part of how he teaches. “He always has a personal story,” she said. She added that those stories help bring his lessons about practicing medicine and interacting with patients to life.

Ober said his approach is intended to help his students balance the scientific side of medicine with the humanistic side. “Most students go into medicine because they want to do something good for other people,” he said, adding that the rigors of medical education can often cause students to lose sight of what’s important.

“Our level of medical knowledge is always changing. What we know now is going to be different in ten years,” he said, adding that gaining scientific, medical knowledge is critical. “You have to learn the facts and gain the important knowledge, but you also have to maintain your humanity.”

Ober always has a personal anecdote or a Mark Twain reference ready to supplement his lessons. But he also tries to set an example for his students in how he teaches and practices medicine.

Keyes said he sets this example by addressing his students and patients as people first. “He connects with people, asks about their families, their backstories,” she added. “The amount of respect and love people have for him is incredible.”

Ober is keenly aware how much his students watch him in clinical settings, and he is intentional about making sure his humanistic approach is always on display. “If they can actually see me interact with patients, I hope I can model that,” he said.

He added that having students watch him makes him a better doctor, because he wants to set a good example. “I’m always aware that they may see what I do and decide it’s the right way to do things,” he added.

By taking that approach, telling stories, referencing literature, and connecting with people, Ober hopes he is making an impact on his students.

“Medical knowledge is a moving target. The person you are inside, your approach to the world and to your fellow human being, is more innate,” he concluded. “That needs to be supported and encouraged more.”