A new targeted therapy using nonthermal radio waves has been shown to block the growth of liver cancer cells anywhere in the body without damaging healthy cells, according to a study conducted by Wake Forest School of Medicine scientists. 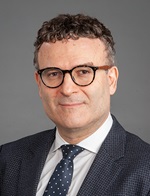 The research team was headed by Boris Pasche, MD, PhD, chair of cancer biology and director of Wake Forest Baptist Health’s Comprehensive Cancer Center. Their findings were published online in May in the journal EBioMedicine, a Lancet publication.

Using animal models, the team delivered levels of radiofrequencies to mice that had been injected with human cancer cells to replicate hepatocellular carcinoma (HCC), the most common type of liver cancer. The frequencies were the same as those delivered to patients with HCC in Europe, where the device has been approved for use in people. 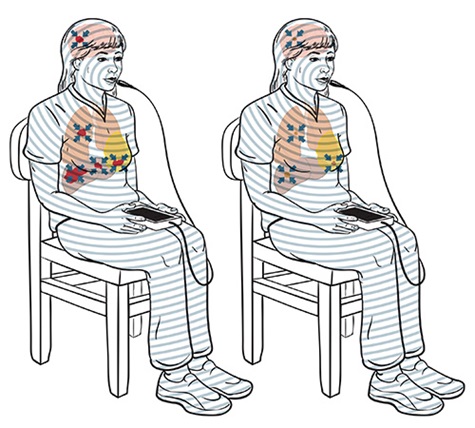 “Our study showed that the radiofrequency delivered was at low and safe levels,” Pasche said. “It was actually lower than those generated by holding a cell phone close to the ear.”

The team used a device, invented by Pasche and Alexandre Barbault of TheraBionic GmbH in Ettlingen, Germany, that delivered cancer-specific, amplitude-modulated radiofrequency electromagnetic fields (AM RF EMF) programmed specifically for HCC. The AM RF EMF activated a calcium channel on the surface of HCC tumor cells but not on noncancerous cells, Pasche said.

“We discovered that a specific calcium channel, Cav3.2, was acting like an antenna for the radio signals we sent out, which allowed calcium to penetrate the HCC cell membrane and go into the cell, triggering HCC growth arrest,” Pasche said.

“Our team found it was the influx of calcium that stopped the growth of HCC cells and shrunk, and in some cases eliminated, the tumors. This effect was the same even if the cancer had metastasized to other parts of the body.” 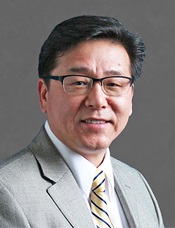 By harnessing the unique properties of human amniotic fluid-derived stem cells, they have demonstrated the cells could potentially help recover organ function in a pre-clinical model of kidney disease.

“Our results indicate that this type of stem cell could be used as an off-the-shelf universal cell source and may provide an alternative therapeutic strategy for patients suffering from this chronic and debilitating disease,” said senior author James J. Yoo, MD, PhD, professor of regenerative medicine.

The paper, published online in the journal Tissue Engineering Part A, is one in a series the research team has published on therapies for treating kidney disease.

Endovascular Aneurysm Procedure Proves to be as Effective as Open Surgery

A minimally invasive procedure to repair abdominal aneurysms thought to be less effective than traditional open surgery has been shown to perform as well as the open repair and be as long-lasting.

Findings, published in May in the New England Journal of Medicine, showed that long-term overall survival was similar among patients who underwent endovascular repair and those who underwent open repair. The study covered 15 years and included 881 patients with asymptomatic abdominal aortic aneurysms at 42 Veterans Health Administration hospitals.

“This should be good news for patients because the endovascular procedure is less painful and has a much shorter recovery period than the open procedure, though it is more expensive,” said the study’s principal investigator, Julie Ann Freischlag, MD, FACS, FRCS, ED (Hon), DFSVS, chief executive officer of Wake Forest Baptist Health, dean of the School of Medicine and professor of vascular and endovascular surgery.

“Earlier studies conducted more than a decade ago in Europe had indicated long-term problems with the endograft used in the less invasive procedure. As a result, it isn’t readily available for everyone in Europe and other parts of the world. Hopefully our study will dispel some of the concerns from the earlier studies and provide the scientific evidence to warrant a second look by the medical community.”

School of Medicine scientists have taken the first step in developing an objective, brain-based test to diagnose autism, with findings published online by the journal Biological Psychology. 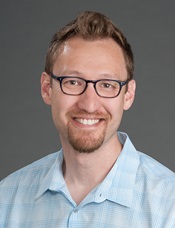 “Right now, a two- to four-hour session by a qualified clinician is required to diagnose autism, and ultimately it is a subjective assessment based on their experience,” said the study’s principal investigator, Kenneth Kishida, PhD, assistant professor of physiology and pharmacology. “Our test would be a rapid, objective measurement of the brain to determine if the child responds normally to social stimulus versus nonsocial stimulus, in essence a biomarker for autism.” 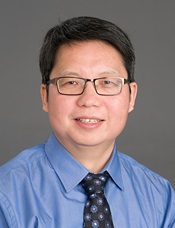 Although the exact cause of Alzheimer’s remains unclear, it is well-established that maintaining memory and synaptic plasticity requires protein synthesis. A research team led by Tao Ma, PhD, assistant professor of gerontology and geriatric medicine, worked with other research teams to show that Alzheimer’s-associated activation of a signaling molecule, termed eEF2K, keeps protein synthesis from taking place normally.

The researchers used a genetic approach to repress the activity of eEF2K in two different Alzheimer’s mouse models. They found that genetic suppression of eEF2K prevented memory loss in those animal models and significantly improved synaptic function. Findings were published in the Journal of Clinical Investigation. Next, Ma’s team hopes to test this approach in additional animal studies and eventually in human trials.

Research reported in this publication was supported by the following sources and grants from the National Institutes of Health (NIH):

Cell Therapy Could Replace Need for Kidney Transplants: State of North Carolina and the Wake Forest Institute for Regenerative Medicine.

Endovascular Aneurysm Procedure Proves to be as Effective as Open Surgery: The Cooperative Studies Program of the Department of Veterans Affairs Office of Research and Development.