Alisha DeTroye has big plans for 2020, and they include every PA in the state of North Carolina. 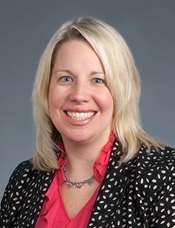 Next year, she takes office as the president of the North Carolina Academy of Physician Assistants (NCAPA), and one of her primary goals is to get PAs more involved. “We want people to become members,” she said. “If we’re going to represent you, we want you to have a voice.”

As the current president-elect, DeTroye is looking forward to her year as president, and like most presidents before her, she wants to make an impact on the PA profession in the state.

But she also has something else in common with her most recent predecessors. She is the fourth consecutive president of the NCAPA who is also a graduate of the Wake Forest PA Program. 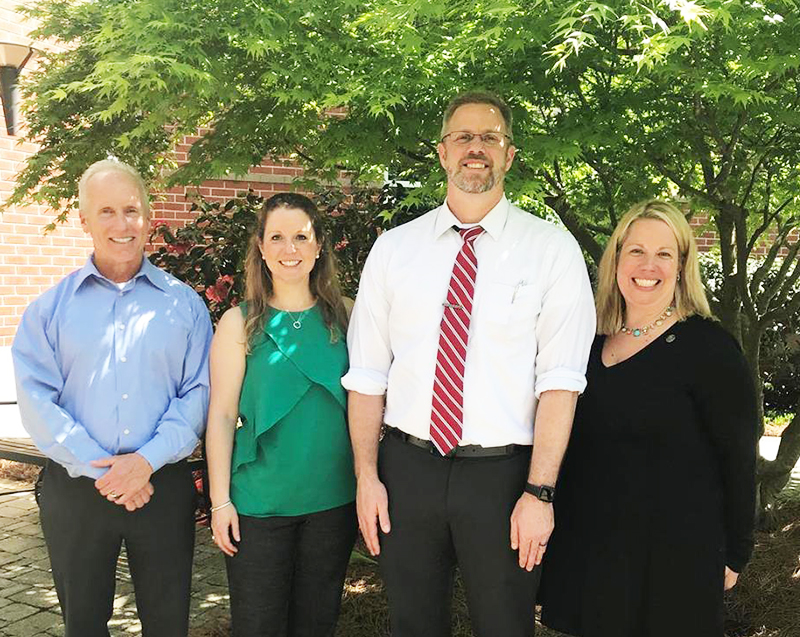 It might seem unusual to have four consecutive Wake Forest alumni serve as president of the NCAPA. But if you ask any of them, it’s no surprise at all.

“I definitely don’t think it’s coincidental,” said DeTroye. “Wake Forest, at its core, is dedicated to leadership development.” She added that the many opportunities to take on leadership roles – even as students – helped to shape her and her classmates as future leaders. “They are very intentional about that,” she said.

Rogers, who served as president in 2018, agreed. She said attending Wake Forest prepared her for future leadership. “From day one as a student, I was surrounded by really good leaders on the faculty,” she recalled. “They made it clear that recognizing your own gifts to be a leader and an influencer was important.”

But leadership at Wake Forest is about more than encouragement. It’s woven into the curriculum.

Current NCAPA president Josh Smith said developing the ability to lead was critical to success in the program. “The self-directed learning format forced us to become better team members,” he remembered. “You had to be able to step up into a leadership role when necessary.”

At just over 50 years old, the PA profession is still relatively young. The laws, guidelines and best practices that PAs follow are still actively being shaped.

One of the key issues that has been a focus of recent NCAPA presidents has been Optimal Team Practice, which allows PAs to work closely with physicians and other healthcare professionals without unnecessary administrative constraints.

“It removes things like paperwork and other obstacles,” said Truett Smith, who served as the NCAPA president in 2017. During his presidency, he helped lead an effort to educate North Carolina PAs about Optimal Team Practice (OTP) and established NCAPA policy on OTP.

“We worked hard to take away any restrictions to practice in the state that will allow us to practice to our full potential,” he continued. The Optimal Team Practice work that started during Truett Smith’s presidency continues and has helped define the two presidencies since that time.

Josh Smith, who is the current NCAPA president, also counts Optimal Team Practice as a critical issue during his term. “Our biggest accomplishment has been our work toward that goal,” he said. “We have had a very productive year.”

DeTroye said she anticipates continuing the effort to implement Optimal Team Practice and plans to travel around the state to talk to PAs about it. “We want to ensure they have the resources they need, and learn more about how we can support them,” she said.

Who Better than You?

While Optimal Team Practice is a critical issue today, that is bound to change over time. As the healthcare and political landscapes change, new issues will arise, presenting new challenges to future generations of PAs.

That, according to Rogers is the crux of why it’s so important for PAs to get involved in the leadership of the profession. He said that protecting the profession, and advancing it forward, requires people who are willing to lead.

“We can’t take this wonderful practice environment that we have in North Carolina for granted,” she said. “It’s something that has to be continually attended to and advocated for. Even fought for.”

Josh Smith also implored PAs, whether they are Wake Forest alumni or not, to take active leadership roles. “If you don’t step up and work towards the betterment of the profession, who will?” he asked.

Being a leader doesn’t necessarily mean holding an office at the local, state or national level, however. “It’s not just having a title or sitting on a board,” said Rogers. “Leadership can be having an influence on your work environment and on the people you work with. It’s being involved in deciding policies or making recommendations.”

Each of the Wake Forest alumni said that being active in organizations at the local, state, and national level, and taking on leadership responsibilities, allow PAs to give back to their profession.

DeTroye said she encourages every PA to get involved in ways that suit their interests and goals. “It really is about finding what you’re passionate about, and how you can make a difference,” she said.

Ultimately, all the Wake Forest alumni/NCAPA presidents agreed that getting involved in leadership is a way to give back to the profession. Truett Smith sees it as a matter of personal responsibility.

“Somebody has to do it,” he said. “Who better than yourself to step in and exert the extra time and energy to promote your profession and make it the best it can be?”