A Back-to-Back First: Meredith, Freischlag to Serve as ACS Presidents

Two Wake Forest Baptist Health surgeons will serve as the first back-to-back presidents of the American College of Surgeons (ACS).

Wake Forest Baptist Health surgeons J. Wayne Meredith, MD ’78, and Julie Ann Freischlag, MD, FACS, FRCSEd(Hon), DFSVS, will serve as back-to-back presidents of the American College of Surgeons (ACS). According to the ACS, it is the first time in the organization’s 107-year history that surgeons from the same institution have been elected in consecutive years. 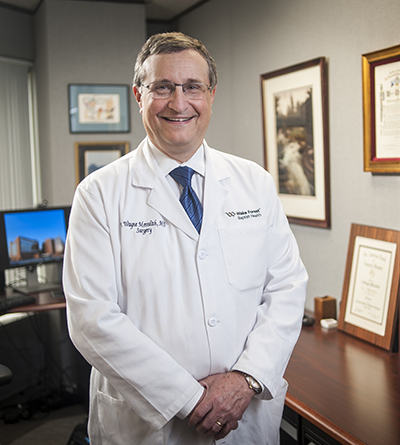 Meredith, chair of surgery, chief of clinical chairs, and trauma, thoracic and critical care surgeon at Wake Forest Baptist, was installed in October for a one-year term as the 101st president of the ACS, the largest organization of surgeons in the world, with more than 82,000 members.

Freischlag, CEO of Wake Forest Baptist, dean of the School of Medicine, chief academic officer of Atrium Health Enterprise and a practicing vascular surgeon, was chosen as president-elect of the ACS. She will be installed for a one-year term as ACS president in October 2021.

Throughout his career, Meredith has served in numerous leadership positions with the ACS and other professional medical societies, has authored or coauthored more than 170 scientific publications, more than 20 book chapters and one textbook on trauma, and continues to lead various research projects focused on trauma.

“Dr. Meredith has devoted his entire career to the improvement of trauma care and the prevention of injuries for adults and children, not only here at Wake Forest Baptist, but across the state, throughout the country and around the world,” Freischlag said. 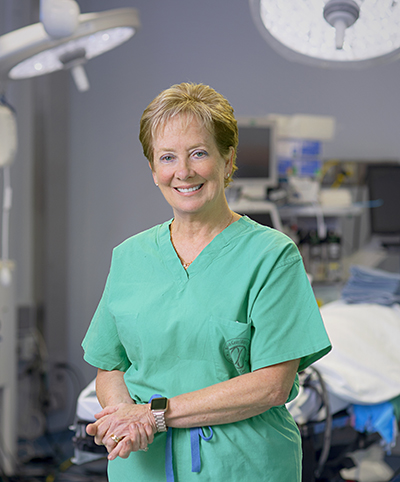 As an internationally recognized expert in the diagnosis and treatment of thoracic outlet syndrome, Freischlag treats patients from around the world. In addition, she has published nearly 300 original papers, has written close to 60 textbook chapters, has held leadership positions in many medical and surgical organizations and is a sought-after speaker in areas such as women’s leadership in medicine and vascular surgery.

“Throughout Dr. Freischlag’s groundbreaking career as a vascular surgeon and leader in academic medicine, she has touched countless lives, including those of her patients, colleagues and surgeons who she has trained,” Meredith said.

The ACS was founded in 1913 to raise the standards of surgical practice and improve the quality of care for surgical patients. According to the ACS, its achievements have significantly influenced the course of scientific surgery and have established it as an important advocate for patients.