The 2020 Medical Alumni Association Distinguished Awards were scheduled to be presented during MD Alumni Weekend in May, but the ceremony was canceled due to the COVID-19 pandemic. Recipients were honored during a virtual awards program on Dec. 15, 2020. 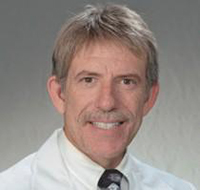 In addition to clinical practice, Flamm has conducted many multi-hospital research projects and was the lead author of dozens of clinical research papers, including many focused on cesarean delivery, America’s most common major operation. He is a leading expert on vaginal birth after cesarean (VBAC), and his method has saved many women from having second births via cesarean section, allowing for a vaginal delivery.  He is the author of several book chapters and four books, including, Cesarean Section: Guidelines for Appropriate Utilization and Birth After Cesarean: The Medical Facts.

He has served on the editorial board or as a reviewer for several medical publications, including the American Journal of Obstetrics and Gynecology, the Journal of the American College of Obstetricians, the Western Journal of Medicine and Parents magazine. For several years, he published his own column, “Clinical Pearls,” in the magazine Ob-Gyn News. He also has shared his expertise in appearances on ABC News and on NBC’s “Today” show.

He and his wife, Janice, a certified nurse-midwife whom he met as a medical student while doing a clinical rotation in Lumberton, North Carolina, have been together for 41 years and have collectively delivered approximately 12,000 babies. In addition to his work as partner emeritus at Kaiser Permanente, he continues to practice as a hospitalist in the labor and delivery unit. 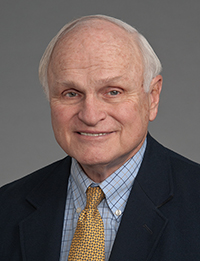 Hazzard received his bachelor’s and medical degrees from Cornell University, completed his internship at New York Hospital and served as a staff physician at the Camp Lejeune Naval Hospital in North Carolina. Following his military service, he moved to Seattle, where he completed his fellowship and residency at the University of Washington (UW) School of Medicine and a fellowship in endocrinology and metabolism at the VA Hospital. During his fellowship under Edwin Bierman, MD, he was introduced to the new field of gerontology, the study of aging.

In 1986, Hazzard was recruited to the Bowman Gray School of Medicine as chairman of the Department of Internal Medicine with the explicit goal of “gerontologizing” the school and Wake Forest Baptist and embedding “aging and the care of the elderly into the DNA” of the institution. A key development was the completion of the J. Paul Sticht Center on Aging and Rehabilitation, which opened in 1997 as a nationally unique facility, with research and education in gerontology and geriatric medicine, adult psychiatry and physical rehabilitation under one roof.

He returned to Seattle in 2000 as professor of medicine and director of Geriatrics and Extended Care at the VA Puget Sound Health Care System. He retired to emeritus status in 2010 and returned to the Wake Forest School of Medicine in 2014. Hazzard is a member of the National Academy of Medicine, and is a Fellow of the American College of Physicians, the American Geriatrics Society and the Gerontological Society of America. He has received several national awards of excellence, and the Sticht Center’s annual William R. Hazzard, MD, Translational Research in Aging Symposium was named in his honor in 2007. 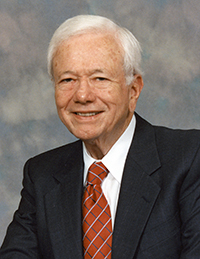 Stuart graduated from Wake Forest University before entering the Wake Forest School of Medicine, where he earned membership in Alpha Omega Alpha and at graduation received the Faculty Award for displaying medical skill, leadership and compassion. He completed an internship in internal medicine at Wake Forest Baptist, and served in the U.S. Navy, attached to the Second Battalion, Sixth Marines, before finishing postgraduate work in obstetrics at City Memorial Hospital. He then returned to his hometown of Elkin, where he practiced family medicine for 38 years and served his community in a variety of roles.

Stuart has been the class agent for his MD graduation class since 1956 and helped establish the Class of 1956 Scholarship. He held numerous positions with Hugh Chatham Memorial Hospital, including chief of staff and chairman of the Family Practice/Internal Medicine Committee, and served as a member of the board of directors for many years. In honor of his service to the hospital and its patients, nursing leadership at Hugh Chatham Memorial created the Hal Stuart Award, presented annually to a physician who embodies medical excellence and dedication. The North Carolina Academy of Family Physicians named Stuart its Physician of the Year in 1997 and presented him with its Lifetime Achievement Award in 2002.

In his community, he served as one of the founding directors and later as chairman of Yadkin Valley Bank and Trust Co., which eventually became First National Bank. In Elkin, he also served as chairman of the Heart Fund, the United Way and the Main Street Program, and as president of the Jaycees and the Tri-County United Fund.

For 34 years, he performed physical exams for the Boy Scouts Troop of Elkin and occasionally traveled to Camp Raven Knob in the Old Hickory Council District of the Boy Scouts of America to offer his medical services. He received the Laurel District 2018 Good Scout Award in appreciation of his lifetime of service and devotion to the welfare of the Elkin community and to the citizens of Alleghany, Surry, Wilkes and Yadkin counties. Stuart is a member of Elkin First United Methodist Church, where he has served in a number of leadership positions. He and his wife, Bonnie, who were married in 1955, have two daughters and one granddaughter.

Honors a graduating student whose peers believe best demonstrates the qualities needed to become the model of a complete physician — knowledge, compassion and dedication. 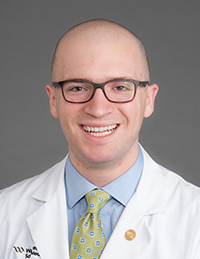 Hedrick is one of five children and a native of Charlotte, N.C. He graduated from Georgetown University before entering the Wake Forest School of Medicine, where he was elected to the Alpha Omega Alpha and Gold Humanism honor societies.

As a medical student, Hedrick received the Dr. Martin and Sandra Castelbaum Award for Excellence in Internal Medicine.  He participated in research through the Psychiatry, Orthopaedic Surgery and Internal Medicine departments, and he was involved in medical education and curriculum development. Most significantly, he co-led the student design team for Medical Applied Education in Spanish Through Training Research and Overlearning (MAESTRO), a new longitudinal, four-year Spanish certificate program for medical students. His plans include pursuing a fellowship in Pulmonary and Critical Care Medicine. 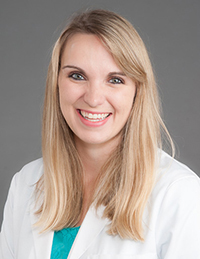 As a medical student, Shelton was elected to the Gold Humanism Honor Society, which she served as president, and the Alpha Omega Alpha Honor Society, which she served as secretary and coordinated the society’s Service Day work. She received the Peacock-Plonk Award for the highest Year 3 clerkship grades in her class; the R.W. Prichard History of Medicine Award for integrating the humanities and medicine through a personally designed experiential learning project for the first-year orientation curriculum; and the Eugene Wesley Adcock III, MD and CarolAnn Adcock Scholarship, awarded to a fourth-year student who demonstrates excellence in clinical learning and patient care.