The Wake Forest Journal of Science and Medicine showcases high-quality research from our institution and beyond.

The Wake Forest Journal of Science and Medicine is run entirely by students who believe in promoting relevant discoveries in clinical or lab science, medical cases, and perspectives on healthcare to the larger scientific community. We aim to educate students about the importance of an objective and rigorous peer-review process and to uphold the established Principles of Transparency and Best Practice in Scholarly Publishing.

Download the Journal of Science and Medicine, Vol. 6, Summer 2021

Articles should describe an account of hypothesis-based research in science and medicine. Length should not exceed 5,000 words (including figure legends). Include an abstract of 200 words or less. The body text should contain 5 sections: Introduction, Methods and Materials, Results, and Discussion.

Articles are descriptive reports of one patient or family. Length of case reports should not exceed 4,000 words (including figure legends), 3 tables and figures. Case reports submitted by students must receive prior approval from a faculty member.

Challenges cases are case vignettes with a multiple choice question at the end related to the case. Authors wishing to submit an unsolicited challenge case should send the topic and title of the planned case to wfjsm@wakehealth.edu for pre-submission approval.

Articles are critical reviews of topics related to science and medicine. Length should not exceed 10,000 words (including figure legends), 10 figures or tables. No more than 150 references should be cited in the review. Include an abstract of 200 words or less.

Perspective articles are intended to briefly highlight current issues of relevance to medicine and healthcare, as well as discussions of the history of medicine. The Perspectives section welcomes submissions and aims to provide a forum to discuss models and ideas for medicine and healthcare from a personal viewpoint. With this objective in mind, we ask authors to provide a balanced presentation to stimulate further discussion of the issue. Length should not exceed 1000 words (including figure legends), 2 figures or tables.

All figures, tables, and graphs should be formatted as JPEGS or TIFFS at 300 dpi or greater. Reference to any graphics should be included in the body of the manuscript.

References should be numbered consecutively and be formatted as follows: author(s) name(s), title of article, journal name, date, volume number, page numbers. List all authors when there are six or fewer. When there are seven or more authors, list the first three, followed by “et al.”

Editorial decisions will be

A manuscript may undergo several rounds of revision before acceptance. Decisions will be communicated to the corresponding author via email. 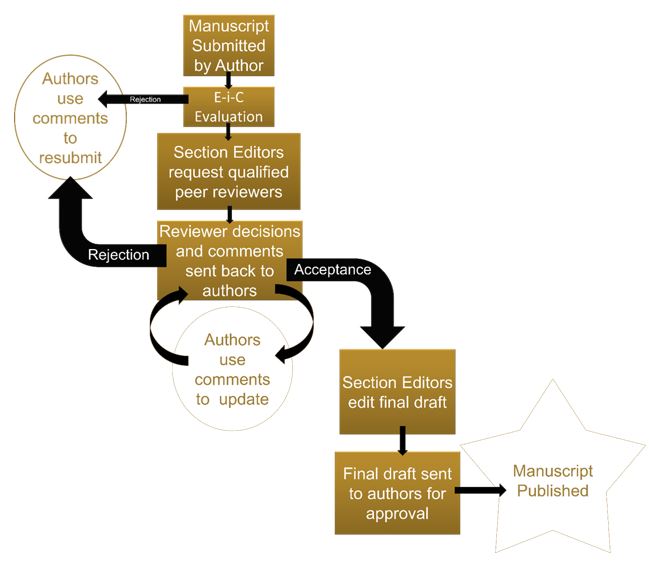 All submissions will be checked for plagiarism. The WFJSM uses the definition of plagiarism written by Dr. Miguel Roig for the DHHS Office of Research Integrity. Plagiarism is therein defined as: “Appropriating an idea (e.g., an explanation, a theory, a conclusion, a hypothesis, a metaphor) in whole or in part, or with superficial modifications without giving credit to its originator... Copying a portion of text from another source without giving credit to its author and without enclosing the borrowed text in quotation marks… Self-plagiarism occurs when authors reuse their own previously written work or data in a ‘new’ written product without letting the reader know that this material has appeared elsewhere.” - http://ori.hhs.gov/images/ddblock/plagiarism.pdf.

Since the Wake Forest Journal of Science and Medicine is released annually, there is ample time for corrections before print publication and every effort will be made to ensure that errors are caught in the editing process. In regards to honest errors that are found after publication, the Wake Forest Journal of Science and Medicine will follow the ICMJE’S guidelines for corrections. Corrected versions of manuscripts will be electronically published with the previous version archived. Pervasive errors that invalidate previous results may lead to replacement of the manuscript altogether. Citations will be linked to the newest manuscript.

The Wake Forest Journal of Science and Medicine agrees with the ICMJE’s definition of misconduct as including but not limited to data fabrication, data falsification including deceptive manipulation of images, purposeful failure to disclose conflicts of interest, and plagiarism. In regards to misconduct, staff will follow procedures delineated by the COPE flowcharts.  Manuscripts submitted by authors who have knowingly engaged in misconduct will not be reviewed for publishing. Manuscripts that have already been published will be labelled as ‘retracted’ online with an explanation for the retraction.

Authors are responsible for obtaining written permissions to republish or reproduce any previously published material from the copyright holder of the original source. The authors of manuscripts contained in the WFJSM grant WFJSM exclusive worldwide first publication rights and further grant a nonexclusive license for other uses of the manuscripts for the duration of their copyright in all languages, throughout the world, in all media. Copyright ownership of these articles remains with the authors. Authors may be asked to complete and sign a copyright form.

Authors must refrain from submitting work which they have published or hope to publish elsewhere. This practice will ensure that authors' works meet the ICMJE's standards regarding overlapping publications.