The mission of the PA program is to produce highly capable, compassionate PAs who deliver patient-centered care, make significant contributions to the health care community, and continually advance 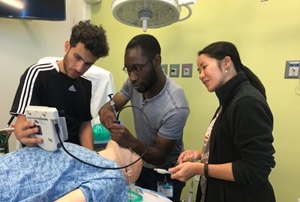 For the purposes of the health professions, we consider people from these racial and ethnic backgrounds underrepresented: