Every March, fourth-year MD students across the country celebrate Match Day, the moment when they learn where they will complete their residency training.

Just getting to Match Day, though, can be an expensive proposition, one that Ikram Irfanullah wants to remedy.

Irfanullah, a fourth-year MD student at Wake Forest, is championing a new program designed to pair alumni with fourth-year students during the residency interview process. The goal is to encourage alumni to host students who interview in their city or region, helping the students to save money and creating valuable connections.

“From my experience, we have this incredible alumni network, but there‘s a gap between students and alumni,” says Irfanullah, who has served as his class representative on the Medical Alumni Association Board for four years. “There aren‘t enough opportunities for face-to-face connections.”

In that sense, Irfanullah believes the Help Our Students Travel (HOST) Program will enhance the medical school‘s sense of community.

The Office of Philanthropy and Alumni Relations recently launched HOST as part of an online network of offerings. Irfanullah was among a group who worked on the project and helped evaluate information on similar programs at other medical schools around the country.

Costs of a Residency Search

Residency interview season runs roughly from November through January, and a medical student typically interviews at least 15 times during the process. Irfanullah says research data illustrate just how costly the process can be. 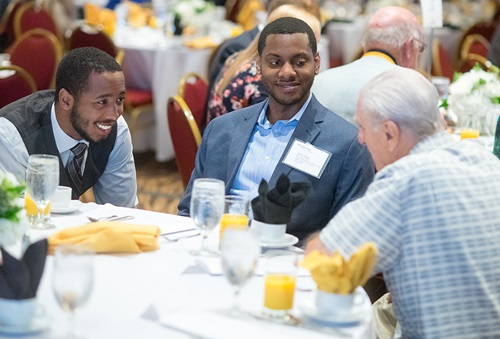 A 2015 survey by the Association of American Medical Colleges revealed:

Another survey, conducted in 2014 by Texas Medicine Journal, found the average amount spent per student on the match process was $4,783. Travel (58.2 percent of the total cost) and lodging (17.9 percent) were the biggest expenses.

Irfanullah estimates that if alumni could host one-quarter of residency interviews for fourth-year MD students at Wake Forest, it could save a combined $30,000, and that may be a conservative estimate.

He believes there‘s more to the network, though, than just saving students money.

“I think this is a novel way for alumni to give back to the school,” he says. “We want alumni of all ages to participate, but especially younger alumni, those who are one to five years out of school. At that stage of their careers, many younger alumni may not feel they can give a lot of money, but they may be happy to help students by giving them a place to stay, hosting a meal or talking with them about their own experience applying for residencies.

“I hope it will be a way for those alumni to stay connected with the school.”

In addition to the HOST Program, all medical alumni and students are encouraged to participate in the new Mentor Program. Through this same online network, alumni may serve as mentors to students and to fellow alumni.

The mentor platform includes criteria submitted from both mentors and mentees and allows both parties to determine goals for the relationship as well as how engaged the pair will be and how long the partnership will last. Alumni can securely connect with one another and with students based on specialty, career path, geography or professional interests. 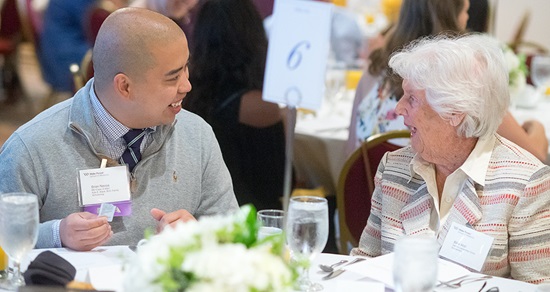 “Students would like to meet someone like them, someone who has a similar background and can share what it was like for them to go through the program,” says Courtney Brown, PhD, CRNA ‘07, associate director of didactic education with the Nurse Anesthesia Program. She expects that particularly students from outside the region who are admitted to the program would appreciate an alumni mentor connection from their area.

“It also could keep alumni up-to-date about changes in the program and how the profession has evolved since they were students,” Brown says. “It would help encourage philanthropic donations and would put a human face on our thank-a-thon efforts we do when students contact alumni.”

Other network engagement opportunities in addition to the HOST and Mentor programs can be found in the Connect portion of the network platform, along with additional ways to serve or volunteer.