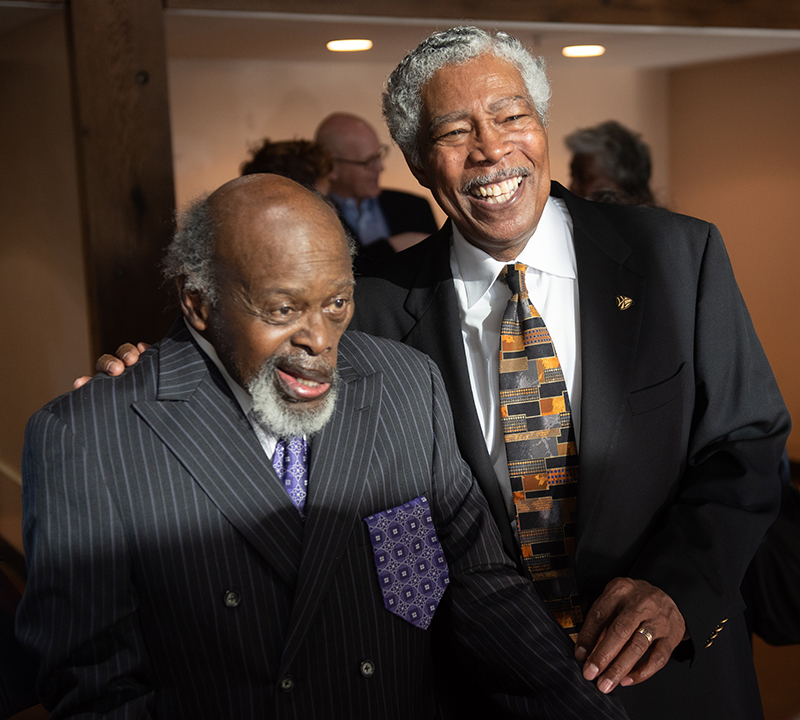 In 2018, a mentoring program was launched to provide professional and personal support for the Underrepresented Minority (URM) resident and fellow physicians training here at Wake Forest Baptist Health. This pilot program was designed to bring together African American, Hispanic, and Native American residents and fellows with faculty mentors of their same race or ethnicity and well as non-minority faculty. The pilot was so successful, that it was expanded from four departments to all 69+ departments within the medical center, according to Artina Dawkins, PhD, MPA, C-TAGME, Residency Coordinator in the Department of Orthopaedic Surgery and the Program Manager for the URM Mentor Program for House Staff.

The program was renamed the Kennedy-Hopkins Scholars in honor of two African American physicians who are pioneers here in the field of medicine: Dr. Charles Kennedy and Dr. Lawrence Hopkins.

During a special one-year anniversary and recognition event in March 2019, leaders, physicians and former patients of Drs. Kennedy and Hopkins paid tribute through their heartfelt testimonials, expressing their appreciation and respect for the indelible marks that these doctors made on them, their families and their careers. 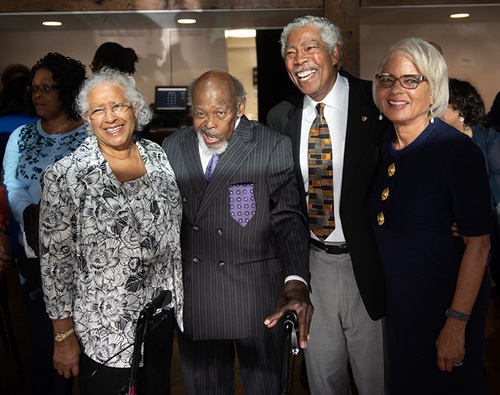 Dr. Kennedy mentored Larry Hopkins, MD, who graduated from Wake Forest University and WFU School of Medicine and then completed his residency at the Medical College of Virginia Hospitals. Dr. Hopkins was board-certified in Obstetrics and Gynecology and practiced in Ob-Gyn here at Wake Forest Baptist Health as an Assistant Professor. He passed away in 2020.

Their wives are leaders connected to Wake Forest University as well. Willie Kennedy, RN, MS, JD, taught nursing at Winston-Salem State University. Later she received a master’s degree in sociology and a law degree from WFU and practiced law. Beth Hopkins was one of the first four African American women to attend WFU. After receiving her law degree from the College of William & Mary, she returned to Winston-Salem to teach law at WFU, where she is an adjunct professor. 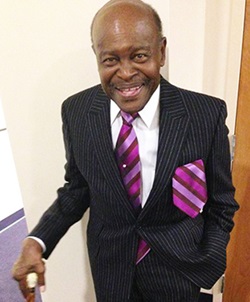 Columnist and motivational speaker Nigel D. Alston discusses Dr. Charles Kennedy's start in medicine and how he discovered his purpose.

Brenda Latham-Sadler, MD, is a graduate of Wake Forest University and the School of Medicine who completed her residency in Family and Community Medicine here at Wake Forest Baptist Health, where she is a physician and associate dean: “We owe so much to both Dr. Kennedy and Dr. Hopkins. They helped to show a lot of us how to manage life in Winston-Salem as a healthcare professional. They have given their time, opened their homes and shared their lessons learned with us as students, residents in training and practicing physicians. I have been blessed over the last 35 years to have them as mentors and colleagues.  I am so pleased that we are able to honor them with the naming of the Kennedy-Hopkins Scholars Mentor Program.”

Elijah Hamilton Beaty, MD, MPH, Assistant Professor, Electrophysiology Section on Cardiovascular Medicine, and president of the Twin City Medical Society: “Dr. Kennedy was the first and only pediatrician I knew. When I asked any of my friends with whom I grew up who their pediatrician was, the unanimous response was ‘Dr. Kennedy.’ To this day I remember his laid-back demeanor, which put me at ease with every visit, even if it included immunization shots. He has made a tremendous impact on the youth of our community as well as myself. He is someone who looks like me and serves as an example of what I can become with the right amount of drive, focus, and dedication. I am truly honored to walk down the path of medicine in Winston-Salem that was paved by him.”