At the Jones laboratory, we focus on measuring monoamine neurotransmitters in several different animal models of drug and alcohol abuse. The two primary techniques used are cyclic voltammetry and microdialysis.

We have current projects examining the consequences of chronic exposure to alcohol, cocaine, heroin, amphetamine, Ritalin and high-fat diets. We have collaborations with Drs. Brian McCool and Jeff Weiner concerning the consequences of early life stress and alcohol dependence on dopamine and glutamate signaling in the basolateral amygdala and nucleus accumbens, and with Drs. Rong Chen and Habibeh Khoshbouei (University of Florida) on how dopamine transporters are altered by stimulant exposure.

Our laboratory has been documenting the consequences of chronic, high-dose, long-access cocaine self-administration under a variety of schedules of reinforcement for over 15 years. We have focused on two major adaptation categories - hypodopaminergia and cocaine tolerance. Hypodopaminergia describes the reduced function of dopamine terminals in striatal regions, and cocaine tolerance refers to a marked reduction in cocaine's ability to inhibit dopamine uptake, which leads to escalating cocaine intake over time. We have used these metrics to focus on identifying populations that may show increased vulnerability to develop cocaine use disorder, and to test novel therapeutics that could counteract tolerance and hypodopaminergia as a putative treatment for cocaine use disorder. Within this project we have a number of sub-projects: 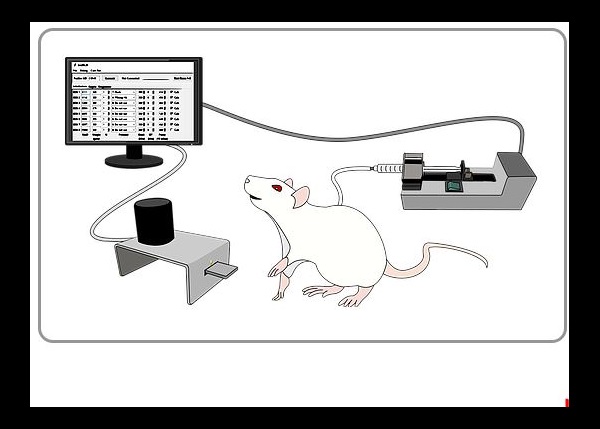 We have documented that chronic alcohol and withdrawal or repeated stress alone cause a blunting of dopamine signaling, at least in part mediated by increased activity of kappa opioid receptors, in rodents. We have had the unique opportunity to measure dopamine in striatal slices from chronic alcohol drinking monkeys, which show remarkably similar adaptations in dopamine and kappa opioid receptor functioning following chronic alcohol exposure. This work is in a collaboration with the Integrative Neuroscience Initiative on Alcoholism (INIA) Stress consortium. Within this project we have a number of sub-projects:

Some populations are at increased risk of developing substance use disorders when exposed to opioids, but there may be new pain treatment strategies that carry reduced abuse liability

As the world struggles with a worsening opioid epidemic, our lab has recently focused on how opioids alter behavior and the mesolimbic dopamine system, what populations may show increased vulnerability to opioid use disorder, and examining possible pain treatments that are as effective for pain management as those targeting the mu opioid receptor but without abuse and addiction liability. Within this project we have a number of side-projects:

Identifying novel opioid pain treatments without abuse liability. This project examines biased kappa opioid receptor agonists for pain treatment. Biased kappa agonists have been developed to selectively activate either the G-protein or the beta-arrestin pathway; the former is linked to the antinociception effects while the latter is associated with the dysphoric effects. Here we test the ability of G-protein biased kappa opioid receptor agonists (such as Triazole 1.1) to mitigate pain without inducing dysphoria and negative affect with a combination of behavioral tests, microdialysis, and slice voltammetry.

Side Interests / Projects from Jones Lab Past

(which we still think are really cool!)

There is an ongoing controversy about whether a low-dose, long-lasting amphetamine formulation would make a viable therapeutic agent for the treatment of cocaine addiction. Our studies support this notion, and we have been exploring several different aspects of amphetamine action, from its acute effects on release vs. uptake to its long-term effects on cocaine self-administration.

We have begun exploring the effects of chronic continuous access or limited binge-like access to a high-fat diet in mice. We have found that neurochemical and behavioral effects of these paradigms modify responses to abused drugs such as amphetamine and produce a withdrawal syndrome similar to that produced by chronic ethanol exposure.

Our lab has secured funding for our research from the following: