Use anchor tags below to jump down the page: 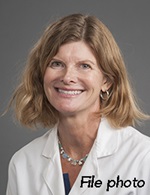 In a segment called “Second Acts,” which features people who pursue second careers and new starts in life, Watson told of how she had wanted to be a doctor since she was a little girl but put her dream on hold for marriage and family. After the death of her husband, she discovered another calling, becoming an ordained Episcopal priest.

Still, the desire to pursue medicine persisted. At the encouragement of her children, Watson resumed the dream, which led her to the Wake Forest School of Medicine.

Watson is now completing the third year of her psychiatry residency at the University of Nevada-Reno School of Medicine. Since she has been there, she has even officiated at the weddings of two of her colleagues.

“We can never really know the impact we have on others,” Watson said. “I think pursuing our passions—we’re never too old to do that.”

Sarath Malepati, MD ’06, pitched his growing company on ABC-TV’s “Shark Tank” last fall and managed to hook one of the sharks for a financial investment. 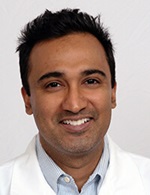 The show features a panel of five venture capitalists who listen as entrepreneurs pitch their companies for potential business investment. Malepati, a general surgeon from Los Angeles, is the creator of EZC Pak, a five-day, tapered immune support pack made of Echinacea, zinc and vitamin C designed to address problems from the overuse of antibiotics for viral illnesses.

Although his segment ran roughly six minutes on the show, Malepati said it was in production for 11 months.

“They were all nice,” he said. “It’s ultimately their creative choice how they choose to edit all of the stuff they record. I wasn’t present for all of the cuts they made. They can make you look like a hero or a villain. Interesting how they splice it all together.”

Malepati, 39, is married with two young children. He has cut back on his medical practice as he handles his growing business. He has 15 individual investors based in New York while his marketing operations are in Los Angeles

After the show aired, Malepati said his company’s sales jumped by $50,000 overnight, moving from 100th on Amazon to seventh. The product is available nationally in CVS pharmacies and Kroger supermarkets.

Kenneth S. White, MD ’83, FACS, is committed to serving in medical missions work and to investing in young physicians who would like to do the same. White is a plastic and reconstructive surgeon in Wilmington, North Carolina. For several years, he has led a group of missionaries from his church, Trinity United Methodist of Wilmington, on two-week trips to the Dominican Republic to help the poor of that country with spiritual and physical care. Those trips are coordinated through Medical Ministry International, which White serves as a past president and a member of the board of directors.

White and his scholar, Rakan Al-Sultani, were able to participate in a mission trip together. To encourage others to follow in his footsteps, White and his wife have funded the Kenneth S. White and Lena W. White Family Scholarship Fund in honor of Frank B. Wyatt, ESQ, at the School of Medicine. The fund honors White’s uncle, who inspired him to attend medical school at Wake Forest, and recognizes students with a passion and commitment to Christian medical mission work.

White also serves as a member of the school’s Medical Alumni Association.

Like many alumni, Fran DeChurch, MD ’86, feels a special connection with the classmates who together shared their journey through the Wake Forest School of Medicine.

“Medical school is unlike any other life experience,” says DeChurch, who is one of 82 alumni who volunteer to serve as class agents. “The relationships you have with your classmates will last a lifetime. Those four years are some of the hardest but most enjoyable years of your life.”

After graduation, the pressure of completing residencies and starting families can make it difficult to stay in touch with classmates and to keep up with news from the school. Class agents help by serving as a central point of contact for classmates and as a liaison for the school and its alumni office. They unify members of their class with their outreach efforts and champion class fundraising initiatives such as class scholarships throughout the year.

Class agent duties were a natural fit for DeChurch, who was active in student government, and she has served in the role since graduation.

DeChurch says nurturing relationships among her former classmates is her greatest reward.

“When we all get together, it is like no time has passed,” she says. “The people make our class special.”

Back to the top.

Alumni who attended the North Carolina Association of Nurse Anesthetists conference gathered for a reception on Nov. 2, 2019.

Cathy B. Briggs, CRNA ’71, received the Lifetime Achievement Award from the North Carolina Association of Nurse Anesthetists (NCANA) during its annual business lunch held in Wilmington in November 2019. 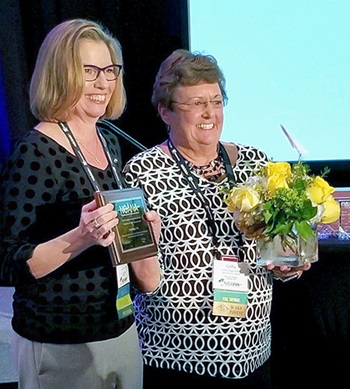 Briggs worked for 48 years at what is now High Point Medical Center. After retiring in 2016, she started her own freelance business and continues to give anesthesia two to three days a week. She also continues to serve on the Nurse Anesthesia Program’s steering and admissions committee, and she serves as a faculty member for the H3A program, which is a weekend course for nurses interested in becoming CRNAs.

She is a former director of the CRNA Alumni Association Board. At the state level, she is a former NCANA board member and remains chair of the NCANA History Committee.


Back to the top.