Congratulations to Charles L. Branch, MD, Chair of Neurosurgery, Professor of Neurosurgery and Pediatrics, for his appointment as the next editor-in-chief for the International Journal of Spine Surgery (IJSS). The International Society for the Advancement of Spine Surgery (ISASS) convened an editor-in-chief search committee that identified and considered several highly qualified candidates. The committee voted unanimously to select Charlie as the second EIC of IJSS. 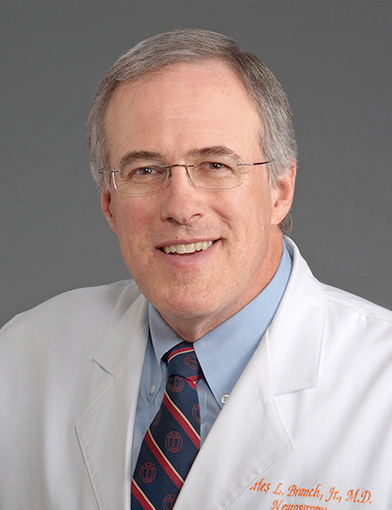 The IJSS is the official scientific journal of the ISASS, the International Intradiscal Therapy Society, the Pittsburgh Spine Summit, and the Büttner-Janz Spinefoundation, and it is an official partner of the Southern Neurosurgical Society. The goal of the IJSS is to promote and disseminate online the most up-to-date scientific and clinical research into innovations in motion preservation and new spinal surgery technology, including basic science, biologics, and tissue engineering. The IJSS is dedicated to educating spine surgeons worldwide by reporting on the scientific basis, indications, surgical techniques, complications, outcomes, and follow-up data for promising spinal procedures.

In 2007, ISASS published the inaugural issue of the IJSS. Editor-in-Chief Hansen Yuan, MD, served for 14 years, but decided to retire and pass this important role on to a successor who can continue to drive the journal forward. Charlie was selected because he is well-versed in academia and scholarship, and has an impressive background in scholarly publishing, most notably serving as editor-in-chief of The Spine Journal from 2004 to 2009.